Sudoku-X is one of the better known Sudoku Variations. It is similar to a standard Sudoku, but both diagonals must also contain digits 1 through 9.

Below is one easy Sudoku-X puzzle. It requires only singles and one application of Naked Pair. 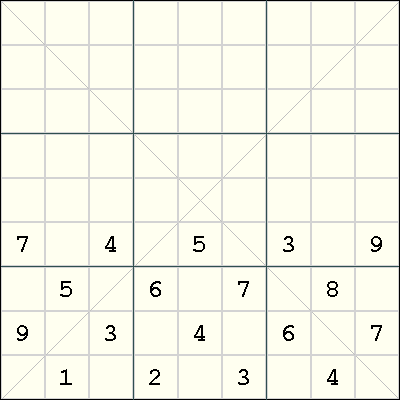 Ruud has a collection of Sudoku-X puzzles with as few as 12 givens. However, the actual minimum number of givens required for a valid Sudoku-X puzzle is not known.