Multi-Colors is a subtype of coloring that uses more than 2 colors, as opposed to Simple Colors.

Multi-Colors uses multiple clusters. However, it is not fundamentally different from Simple Colors. Most players just start coloring to see what it may yield. If a move is discovered that requires only a single cluster, then we call it Simple Colors, otherwise we call it Multi-Colors. It is not sensible to start all over again for MC.

There are 2 conjugate pairs: A-B and C-D. A is weakly linked to C. They cannot be true at the same time. As a result, either B or D must be true, but they could also both be true. They are a connected pair. Any candidate which can see both of them can now be eliminated. Another name for a move of this type is Color Wing.

Multi-Colors have the same power as X-Chains.

The two examples below looks at elimination using two clusters, with a total of four colors:

The first example below looks at the candidates for digit 8. 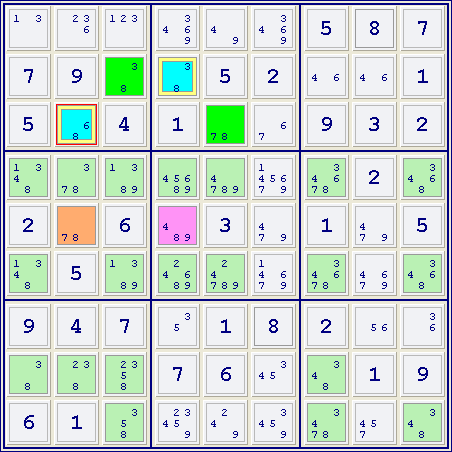 The second example below looks at the candidates for digit 2. 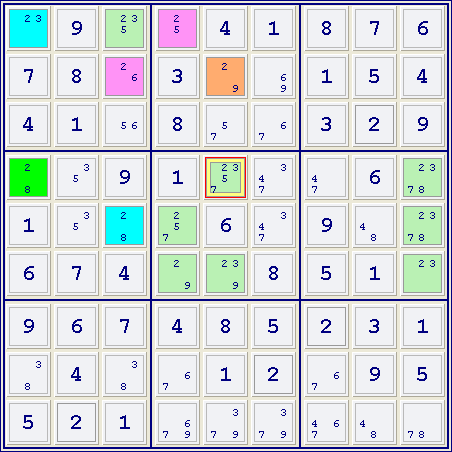 Multi-Colors is not an easy solving technique. Players prefer to look for patterns, rather than clusters and bridges. Several techniques have been developed which can replicate MC moves. They are mainly found in the fish department.