Common Peer Elimination is a basic solving technique that primarily applies to Sudoku Variations with irregular groups of cells, such as Jigsaw and Killer Sudoku, and (to a lesser extent) to Sudoku-X. It is based on the following simple principle:

"If a group of cells G is known to contain the digit D, then we can remove D as a candidate from all other cells that can see all candidate positions for digit D in group G."

Note: This technique is a superset of the classical technique Locked Candidates.

The following example is taken from Daily Jigsaw 13. Note that there are three possible positions for the digit 3 in column 9: r1c9, r2c9 and r4c9. All three cells have r4c7 as a common peer. Therefore, the candidate 3 can be eliminated from r4c7. 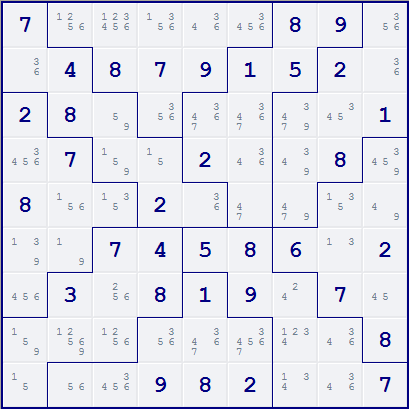 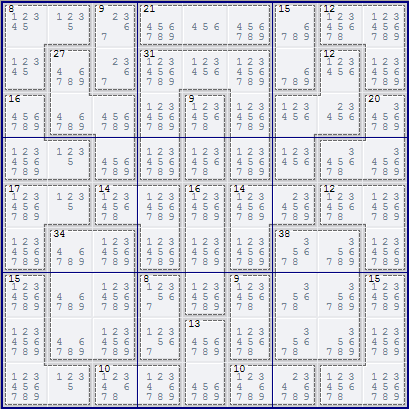