Argyle Sudoku is a Sudoku Variant that has various additional (diagonal) regions.

Remarkably, it does not have the main diagonals, such as in Sudoku-X 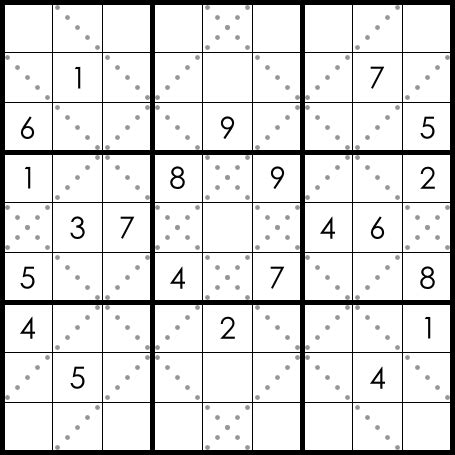 4 of the extra regions contain 5 cells, and 4 of them contain 8 cells.

Because they do not contain the full digit range (1-9), the logic you use differs from regular Sudoku, similar to the way that you use partial elimination logic when solving Isosudoku that also has some partial regions in it.