A Finned X-Wing is an X-Wing pattern that has one or more extra candidates in one of the 4 boxes. Like regular fish, it is a single-digit solving technique. 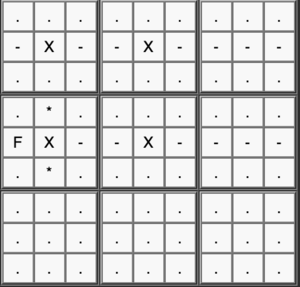 The F cell is known as the fin.